When we got off the bus in Semporna on Borneo, two dirty looking kids were already tugging on our bags. After the exchange of some high fives, they held up their hand and asked for a Ringgit (€0,20). Little did we know, this was only the beginning.

Life in Semporna is tough. The economy’s not great and it’s the first place where dirt poor Filipinos stop on their quest for a better life. There is also a big population of Sea Gypsies (Bajau Laut). You probably know these stateless people from the picture perfect travel brochures. On the cover they free dive in crystal clear water while children smile at the camera from tiny wooden boats.

Reality is a tiny bit different. Not having birth certificates, they can’t go to school. Because there are many of them, it’s hard to support themselves solely on fishing and without proper systems in place, every single bit of trash they have ends up in the ocean.

Walking around town makes you feel like a participant in a social experiment: what happens when the poorest people live next to one of the most picturesque diving locations in the world? You walk to get lunch while there is a pre-schooler sitting on the side walk, so dirty you can see the lice crawling in his hair. I almost cried. 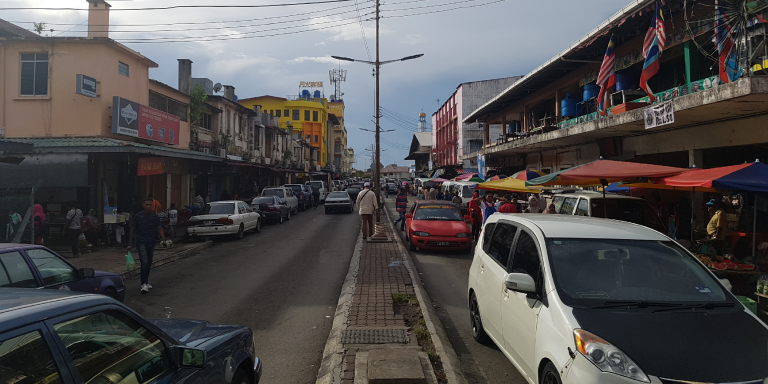 At night this feeling gets worse. Padlocks on houses, people hurrying along the streets. Friendly neighbors shout greetings while a 16 year old passes you with a paper bag containing glue to get high. A little boy opening the restaurant door while you are eating, sticking his hand in, asking for a Ringgit.

And here we are, spending the money we have on things that we like, just for fun. Looking around in pity, before we move on to the next big adventure. Thinking you want to do something but having no idea where to start and ending up doing nothing at all. And in the end feeling a bit miserable in our hotel room right until we get on the boat to the “other side”: our dive resort. 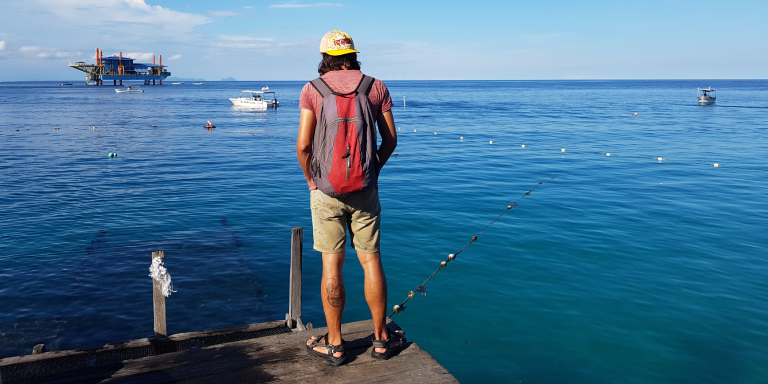 A change of heart

That was supposed to be the last sentence of my post. Faith in humanity including myself: lost. But then we arrived to Scuba Junkie at Mabul, our dive resort. Not only do they have many ways of protecting their environment, they also strongly encourage you to help. And they founded non-profit Scuba Junkie SEAS (please like and share 😉 ).

SEAS is about conservation and marine protection. And even better, they help the local community of Sea Gypsies, for the sake of a better life for them and a better ocean for all. SEAS has its own office, where you can get information about their projects.

That’s where we met marine biologist David. He has been living on Mabul for over six years, doing everything he can to reach the goals of SEAS. Faith in humanity: found! And just like that he changed our feeling of wanting to do something but not knowing where to start into some actions. Or as he called it: into earning karma points 🙂 .

A day with SEAS

I went to join the local volunteer teacher to school and saw for myself how hard this man works to give these kids an education. I also saw how much easier it would be if they had more, or at least some materials. These kids have potential and really want to learn. And most of all they want someone to tell them that they do a good job. Having them come to me with work that I already checked for another high five, compliment or pat on the back was just heartbreaking.

After school, Thomas and I went with SEAS to clean up the beach. Plastic bottles, straws (one of the evillest plastic products ever made), diapers, packages and even baggies of human feces all moved from the beach into biodegradable binbags. 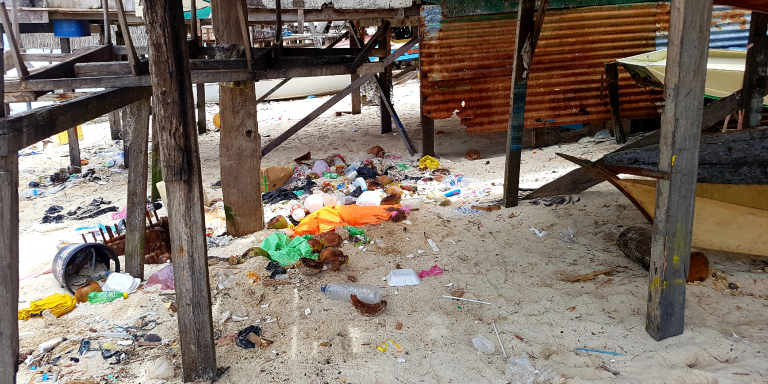 The locals joined in and the beach was clean in no-time. Too bad the next load of rubbish was already underway from the mainland. But until the littering stops, cleaning is the best you can do. 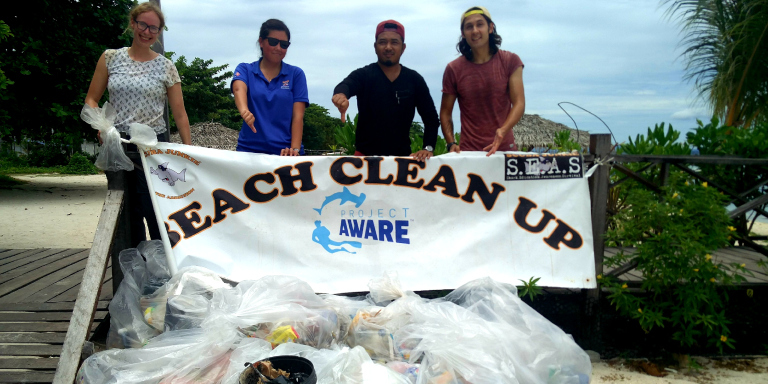 When we were done, we scrubbed ourselves clean and went on to our next task: a marketing brainstorm about the Mabul Community Market. A lot of Bajau Laut try to make a little extra money selling sea souvenirs. Corals, shells and even animals are turned into gifts.

As you can guess, this hurts the marine life. So SEAS gave them an alternative and taught them how to crochet. Now they still sell sea products, but a more sustainable kind: woolen turtles, tiny islands and cute bracelets, some even made from upcycled waste.

I understand that we didn’t even make a dent that day but at least now we have some ideas on where to begin. We started by spending this day with SEAS and adopting a Hawksbill turtle. We named him Graham. The money we paid for Graham goes to locals as a reward for finding a nest that SEAS can protect and release when hatched. 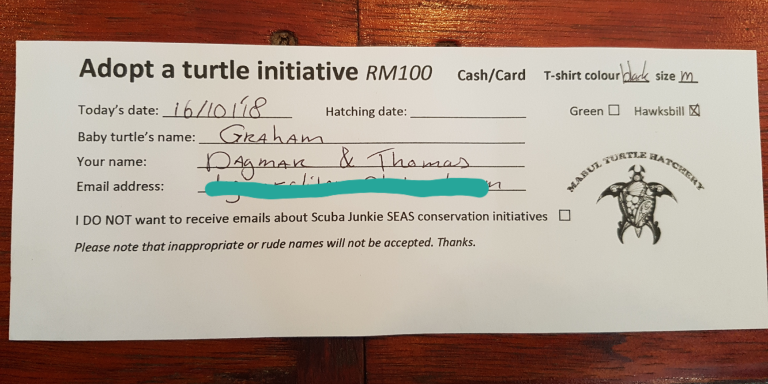 SEAS uses literally all the money they receive on making a difference. And a difference they make. We want to support them any way we can and if you are still looking for a charity that is happy with monetary help as well as good ideas or collaborations, contact them via their Facebook or via us.